“Month of Malt” is a project that aims to spread the malt whiskey culture that is increasing in our country and to provide unique experiences to malt whiskey lovers with special presentations.

Within the scope of this project, 12 distinguished venues such as Hudson, Ruby, Nopa,, Escale, Backyard, Treasury, People, Martinez, Grey, The Bar, North Shield and Finn are available for malt enthusiasts. Twins Cocktail A very special whiskey menu has been created by

Each whiskey on the menu, which will be offered throughout December, is served with specially prepared accompaniments. In addition, each whiskey is presented to whiskey lovers with very interesting presentations that are different from the other.

Last Wednesday evening, I had the opportunity to taste many of the presentations on the “Month of Malt” menu at Nopa.

A Speyside classic for my taste Glenlivet 12 I started with Glenlivet 12 served with smoked pecans, shellless pistachios and goji berries Glenlivet Founder's Reserve is offered. In this way, you can compare 2 expressions very clearly.

As you know, Glenlivet 12 was removed from the portfolio of the brand about 3 years ago and replaced by Founder's Reserve. Therefore, it is not easy to find the Glenlivet 12 on the shelves anymore… 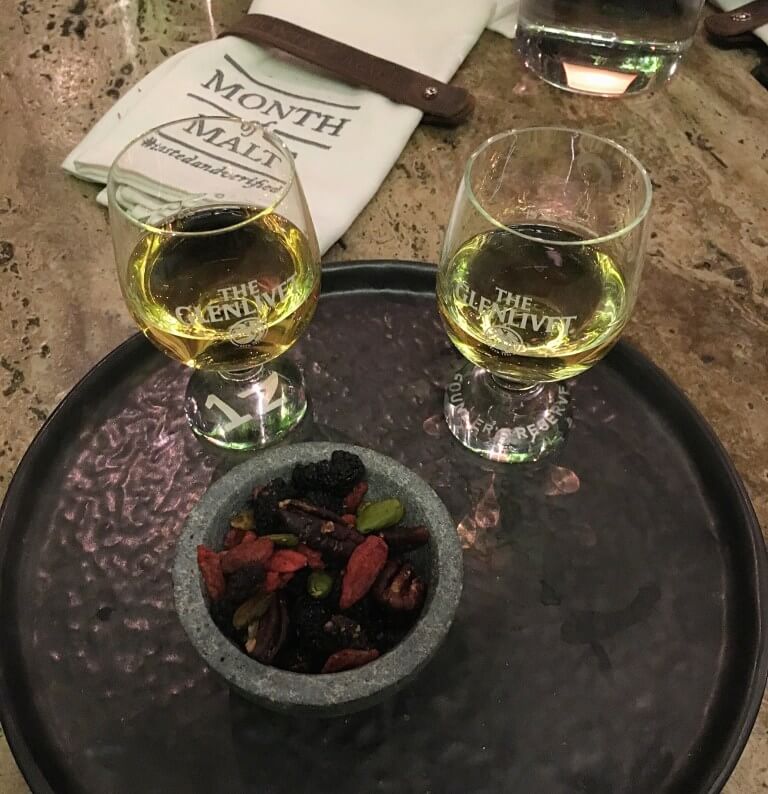 Another Speysideian to taste after Glenlivet 12 Aberlor 12 I continued with. Aberlor 12, served with a magnificent presentation in a wooden barrel, is very satisfying as always with oak, vanilla, cinnamon and hazelnut notes. 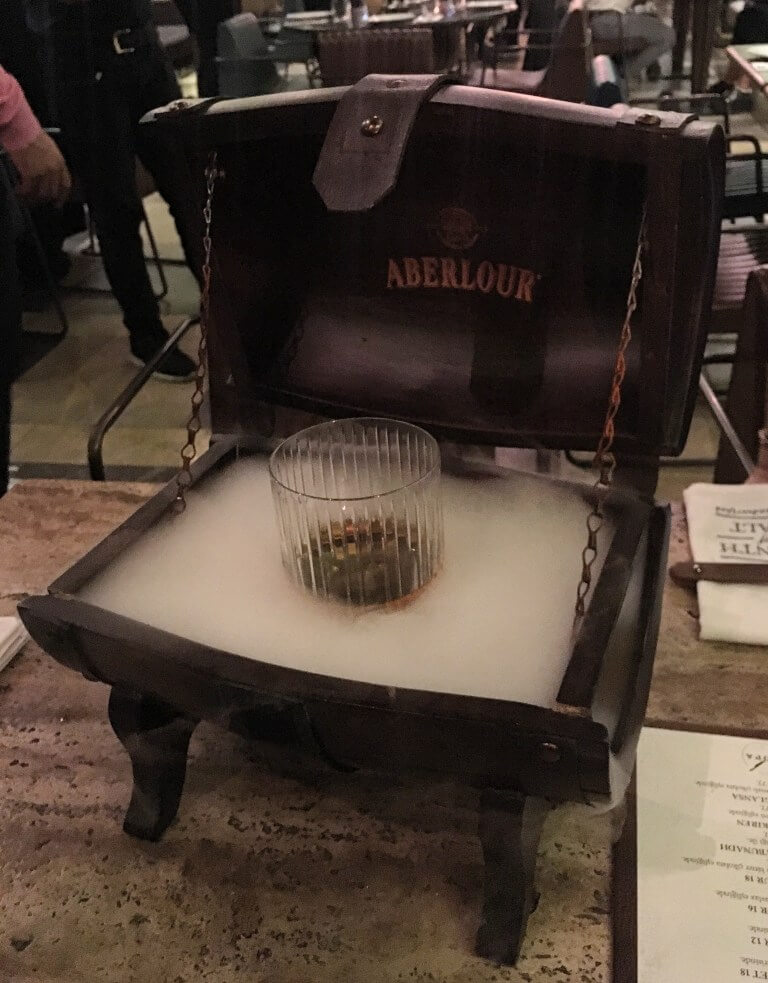 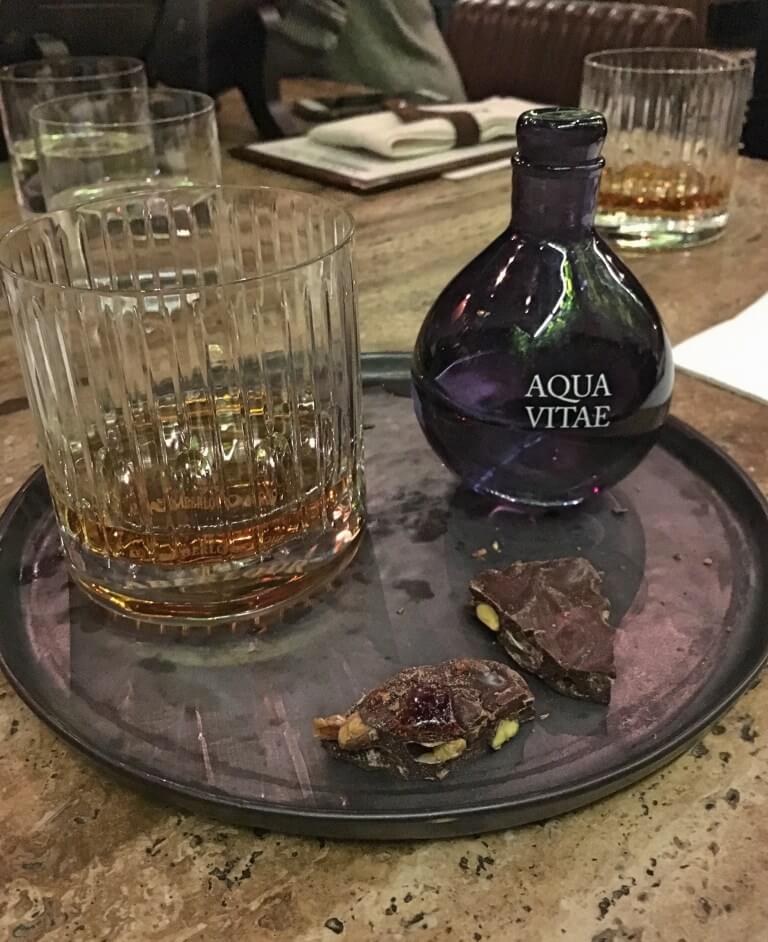 After Aberlor 18, I continued with another brand's 18-year expression, Glenlivet 18…

Drinking the Glenlivet 18, served in a pipe-shaped glass goblet, was really an interesting experience. Since the mouth of the glass is like a straw, I felt the fruity and spicy character of the expression much more intensely on the palate. 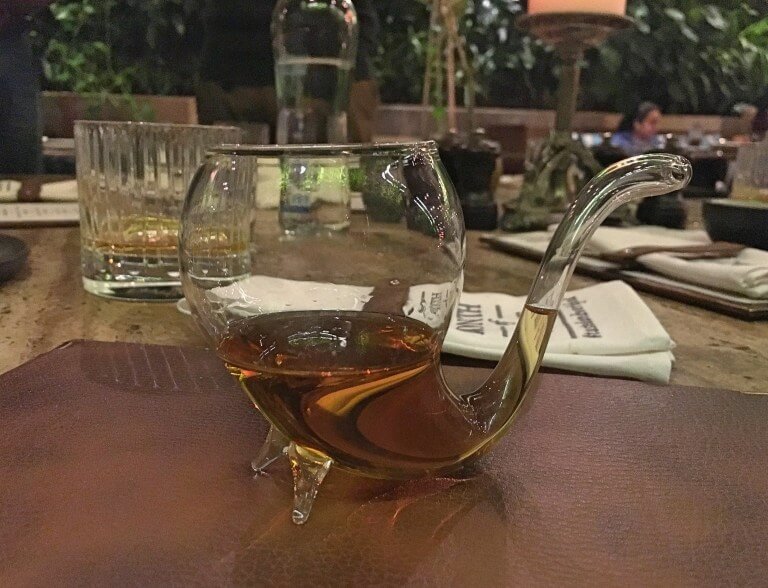 After fruity and soft character expressions, Scapa Glansa I upped the gear a bit.

I tried Scapa Glansa for the first time, which was matured in barrels with sooty whiskey in it, and I really liked it. Despite being a young whiskey, Glansa has an intense character. Oban 14reminded of…

Coming to the presentation, Scapa Glansa is served with honey almond and soot flavored chocolate. I can say that this chocolate is my favorite accompaniment in my taste. Glansa's sooty notes from the back are complemented with chocolate in a really great way. 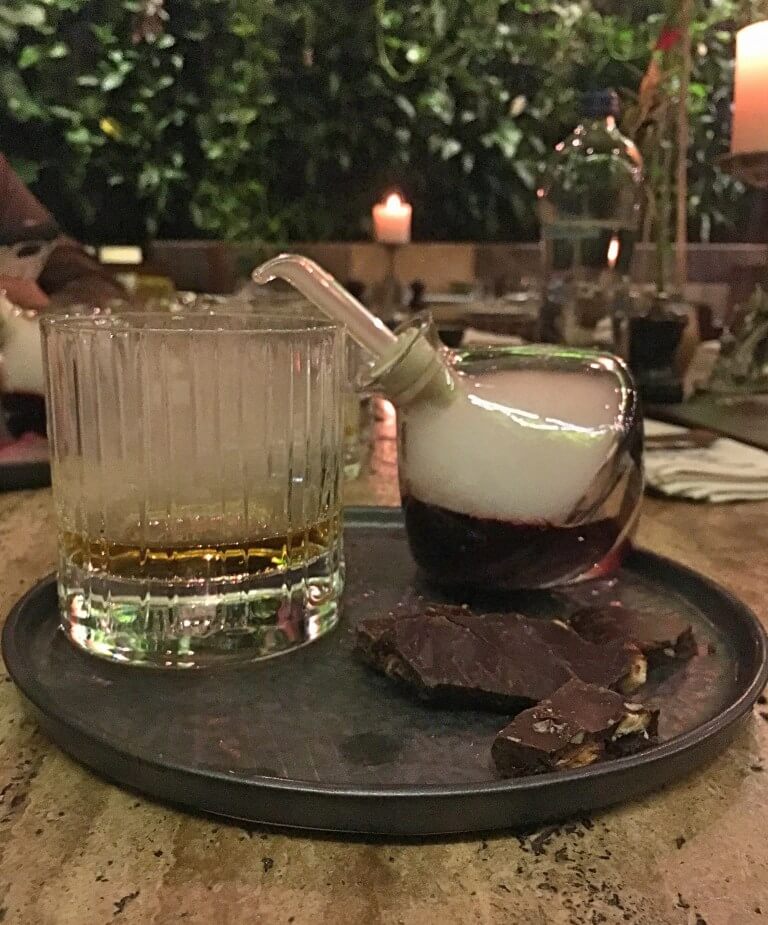 My last choice of the night is the one served with uryani plum. Aberlor A'Bunadh it happened.

Alongside A'Bunadh, purified water with Japanese Binchotan charcoal is served, just like in Aberlour 18. I dripped 3-4 drops of water, which I don't prefer with Aberlour 18, into the barrel-hard A'Bunadh and tasted it that way. After adding water, A'Bunadh softened a bit and its fruity character became more pronounced. 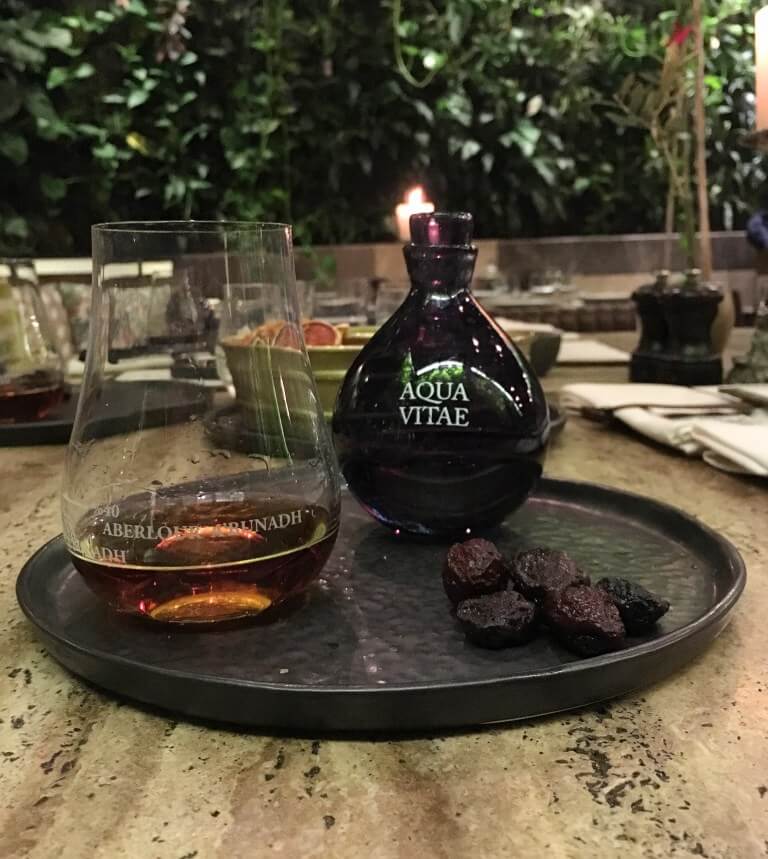